Hi-Fi on a Light wallet

So, all of this probably sounds expensive right? Arcam and Kef aren’t very well known outside the audio community, but both are long established British audio companies and command a pretty penny when new. Yes, these are expensive components when bought new, but if you are willing to wait several years and deal with models that don’t necessarily have the latest bells and whistles, you can get started down the Audiophile path without a second mortgage. In Arcam’s case, they eschew bells and whistles other companies call “features” to focus on the music. And that they do, pretty damn well. I no longer have a 2 channel Arcam amp, but still have this multichannel receiver… Audiophiles may look askance at that, but this AVR350 has served me well and even beat some newer stereo amps out today. A 10 year old amplifier that is great in Direct Mode, and can handle DTS and Dolby? It’s still relevant today, and can be found on eBay for around $200-300.

Kef has re-emerged as a leader in the speaker industry after a lackluster decade or so. Well, I can tell you this – the R300’s are one of the best bookshelf speakers for under $2000 I have heard. For their compact size, they sure put out a LOT of sound. They are 3-way speakers and if you heard them before you saw them, you would be forgiven for thinking that these are floorstanders. They are so good with bass that Kef includes some foam dampers for the back air ports to reduce bass output. It can be necessary to use them when you don’t want bookshelf speakers knocking things off your wall with bass. I don’t need run a subwoofer anymore thanks to these speakers. With regard to the treble and midrange, pretty fantastic in the mid-priced speaker market. I have a bedroom setup that incorporated a Kef center channel speaker that is probably ten years old now, and I ended up taking it out of the system and just using the two R300’s… The sound was just too muddy with the older Kef center. You can find a used set of R300’s for around $1000. And finally, the Oppo BDP-105. This is fairly new tech and really exciting when you consider what you get for $1199. At its simplest, it is a bluray player, but it also has two HDMI inputs to run the Alpha 2 and a cable box through and power two 4k displays, and better audio than any other bluray player out there. It also has its own DAC (2015 technology), can play DSD, and is a pretty awesome little box for the money. The most versatile of the stereo components listed here, you can find one for about a grand. Admittedly not a steep reduction in cost, but it is worth it to have one in your system.

To sum up, we managed to put together an audio system for the Alpha 2 to drive for less than $2500, and it sounds like a much more expensive system. The added bonus for a rig like this is that you can incorporate these parts into your TV setup if you don’t have the cash to spend (or permission from a significant other) on an audio only setup. This might make it do-able. A ten year old audiophile amplifier maker can beat a brand new Denon, HK or Sony that costs 5x the price. By carefully picking the parts you use, you can get a lot of mileage out of your system without killing your bank account. Get back into audio the way it used to be – sitting with the lights down and really listening to the music, on a system that gets you excited. It’s fun, and it’s a great way to chill out after a long day. Some of my best memories revolve around hanging in the stereo room with my dad as a kid, and I do the same with my own children. 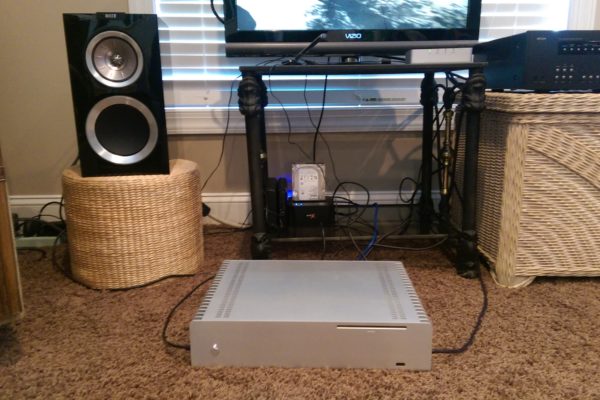 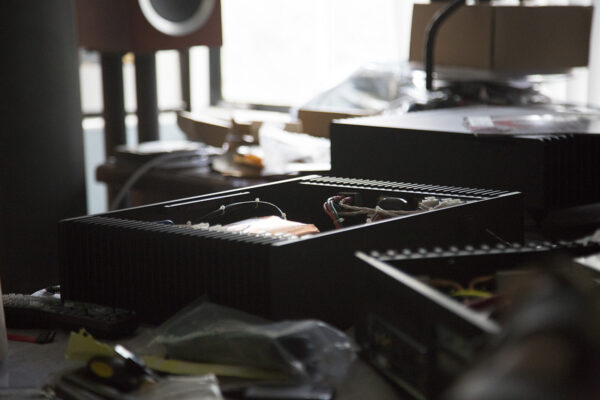 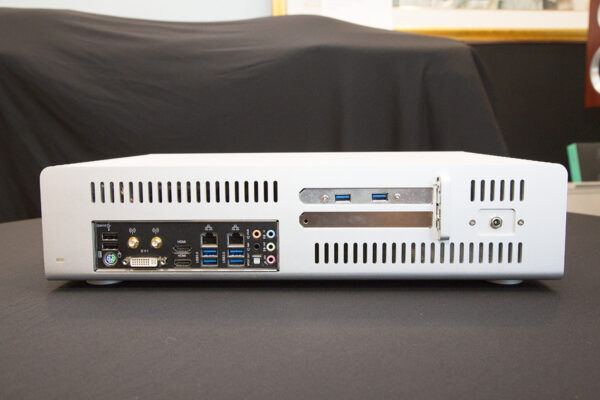