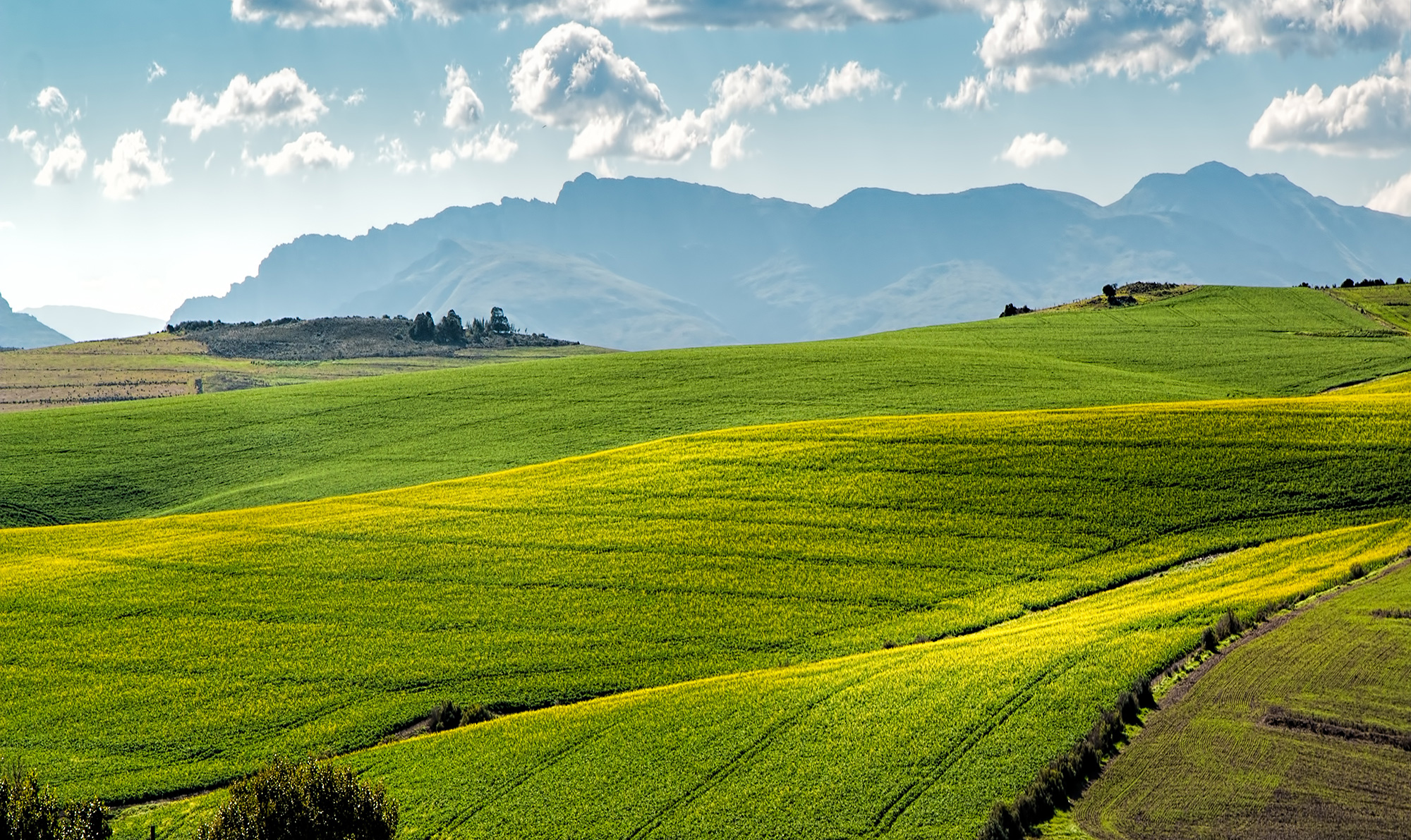 It’s been two weeks since we posted anything on our Facebook page, longer since I have written anything for the site. So while we are on the farm in Virginia, a topic popped up almost by accident that I want to discuss here on the site. This is something that I believe needs to be examined in more depth.  It’s a good topic… perhaps a bit devisive, but worthy of discussion.​

I have quite a few friends that have no idea what exactly the Wolf Audio Systems – Alpha 2 does, and then I have friends who do know, but aren’t really avid music listeners, and balk at HiFi prices. They just can’t reconcile the sticker shock that great audio components can induce when real world needs like cars, kids command…(and thats pretty much it, cars and kids are the most expensive things I can think of.) How can we get an iPod listener to want to shell out $5k on speakers, and even more on all it takes to drive them? It just doesn’t happen that way.  So how can we attract ‘civilians’ into the audiophile world when the cost of entry can be downright ruinous to the bank account?  The first step for us in the audio industry is to look beyond profit margins and our own personal preferences and admit that we could be doing more to plant the seeds that will eventually bear audiophile fruit. So ladies and gents, lets go ahead and admit to the newbies out there that great sounding equipment can be had for far less than they think.

Like I mentioned, a few of us here at Wolf Audio are up on our farm in Virginia, getting ready to start hitting stereo shops between here and NYC over the next couple of days. The setting is important because it was here, away from all the worries of the working world that I was able to get everything off my mind and fall back in love with music many years ago.  Pulling in, you drive through several thousand feet of woods on a gravel pathway that suddenly opens  onto a gorgeous plateau. The house is right on the edge of it. Just past the backyard blueberry bushes the land starts dip down to the valley. It is a property with the best views in town, but that position on the hill is why I call the farm Weathertop (Amon Sul, if you’re hip). In front of me are big windows facing North and West, showing beautiful rolling hills and green pastures. Pre-civil war barns are nestled in the fields with cows, deer and other wildlife roaming around.  This area is full of possibilities for adventure, close to East Coast cities but remote enough to see every star at night.  This is one of my favorite places in the whole country, but the past few years have been a blur of raising children, building Wolf Audio Systems, and living life.  I need to be here more often.

As soon as we got settled in, we wanted to put on some music. I went down to the area where the stereo normally lives and found it empty. I realized that over the past couple of years, we had pilfered nearly every piece of audio equipment in the house, dispersing it amongst ourselves.  Music was going to be a bit of a challenge.  Of course, I had my traveling gear – some Alpha 2’s, an Oppo BDP-105 and my Kef R300 speakers, and a quick look through the garage turned up a 10 year old Arcam AVR350 Amplifier and an Arcam rDac from around 2010 that would certainly fit the bill for setting up a quick stereo system.  It was a fast and  dirty setup, and I didn’t have a great expectation of the outcome.  We had to make do with baskets for speaker stands, a trunk to hold the Amp and Oppo Bluray player, and repurpose an end table for the TV and some external hard drives that store my music and movie files.  Take a look: it’s a pretty sorry looking setup, but for what it is, it sounds great!

The best part?  Nearly every piece of equipment I had in VA was purchased used, and well below the suggested MSRP.  The great thing about high-end audio gear is that the original purchasers tend to take very good care of their hardware, and sell it in order to upgrade, not because it has broken.  All in all, what you see in the pictures is probably close to a ten thousand dollar system.  Now, there are audiophiles out there who will turn up their nose at this gear, preferring a different company for each component I am about to list.  That’s OK.  The Audiophile community is a quarrelsome lot, highly opinionated, and fierce in defending their beliefs.

That being said, I am going to talk a bit about each part you will see in the pictures, what they used to cost, what they cost us, and how good they are in the audio world.  Let’s start with our very own Alpha 2.  The Alpha is the nerve center of the system, storing all the music, TV shows and Movies and driving the music to an Arcam DAC (Digital to Analogue Concerter) over USB and the video to the Oppo BDP-105 over HDMI for video processing or DTS Audio decoding before being passed onto the Arcam AVR350 for amplification and out to the Kef R300 speakers.  If you want to get really technical, I could also use the Oppo as a dedicated DAC as well, but then you lose video.  I prefer to use the Oppo when Dolby TrueHD or DTS-HD Master Audio is in play.  Otherwise, the Arcam rDAC is still a fantastic sounding DAC, despite its age.

Light on the wallet

So, all of this probably sounds expensive right?  Arcam and Kef aren’t very well known outside the audio community, but both are long established British audio companies and command a pretty penny when new. Yes, these are expensive components when bought new, but if you are willing to wait several years and deal with models that don’t necessarily have the latest bells and whistles, you can get started down the Audiophile path without a second mortgage.

In Arcam’s case, they eschew bells and whistles other companies call “features” to focus on the music.  And that they do, pretty damn well.  I no longer have a 2 channel Arcam amp, but still have this multichannel receiver… Audiophiles may look askance at that, but this AVR350 has served me well and even beat some newer stereo amps out today.  A 10 year old amplifier that is great in Direct Mode, and can handle DTS and Dolby? It’s still relevant today, and can be found on eBay for around $200-300.

Kef has re-emerged as a leader in the speaker industry after a lackluster decade or so.  Well, I can tell you this – the R300’s are one of the best bookshelf speakers for under $2000 I have heard.  For their compact size, they sure put out a LOT of sound.  They are 3-way speakers and if you heard them before you saw them, you would be forgiven for thinking that these are floorstanders. They are so good with bass that Kef includes some foam dampers for the back air ports to reduce bass output.  It can be necessary to use them when you don’t want bookshelf speakers knocking things off your wall with bass. I don’t need run a subwoofer anymore thanks to these speakers.  With regard to the treble and midrange, pretty fantastic in the mid-priced speaker market. I have a bedroom setup that incorporated a Kef center channel speaker that is probably ten years old now, and I ended up taking it out of the system and just using the two R300’s… The sound was just too muddy with the older Kef center. You can find a used set of R300’s for around $1000.

And finally, the Oppo BDP-105.  This is fairly new tech and really exciting when you consider what you get for $1199.  At its simplest, it is a bluray player, but it also has two HDMI inputs to run the Alpha 2 and a cable box through and power two 4k displays, and better audio than any other bluray player out there.  It also has its own DAC (2015 technology), can play DSD, and is a pretty awesome little box for the money.  The most versatile of the stereo components listed here, you can find one for about a grand. Admittedly not a steep reduction in cost, but it is worth it to have one in your system.

To sum up, we managed to put together an audio system for the Alpha 2 to drive for less than $2500, and it sounds like a much more expensive system.  The added bonus for a rig like this is that you can incorporate these parts into your TV setup if you don’t have the cash to spend (or permission from a significant other) on an audio only setup. This might make it do-able. A ten year old audiophile amplifier maker can beat a brand new Denon, HK or Sony that costs 5x the price.  By carefully picking the parts you use, you can get a lot of mileage out of your system without killing your bank account. Get back into audio the way it used to be – sitting with the lights down and really listening to the music, on a system that gets you excited. It’s fun, and it’s a great way to chill out after a long day.  Some of my best memories revolve around hanging in the stereo room with my dad as a kid, and I do the same with my own children.